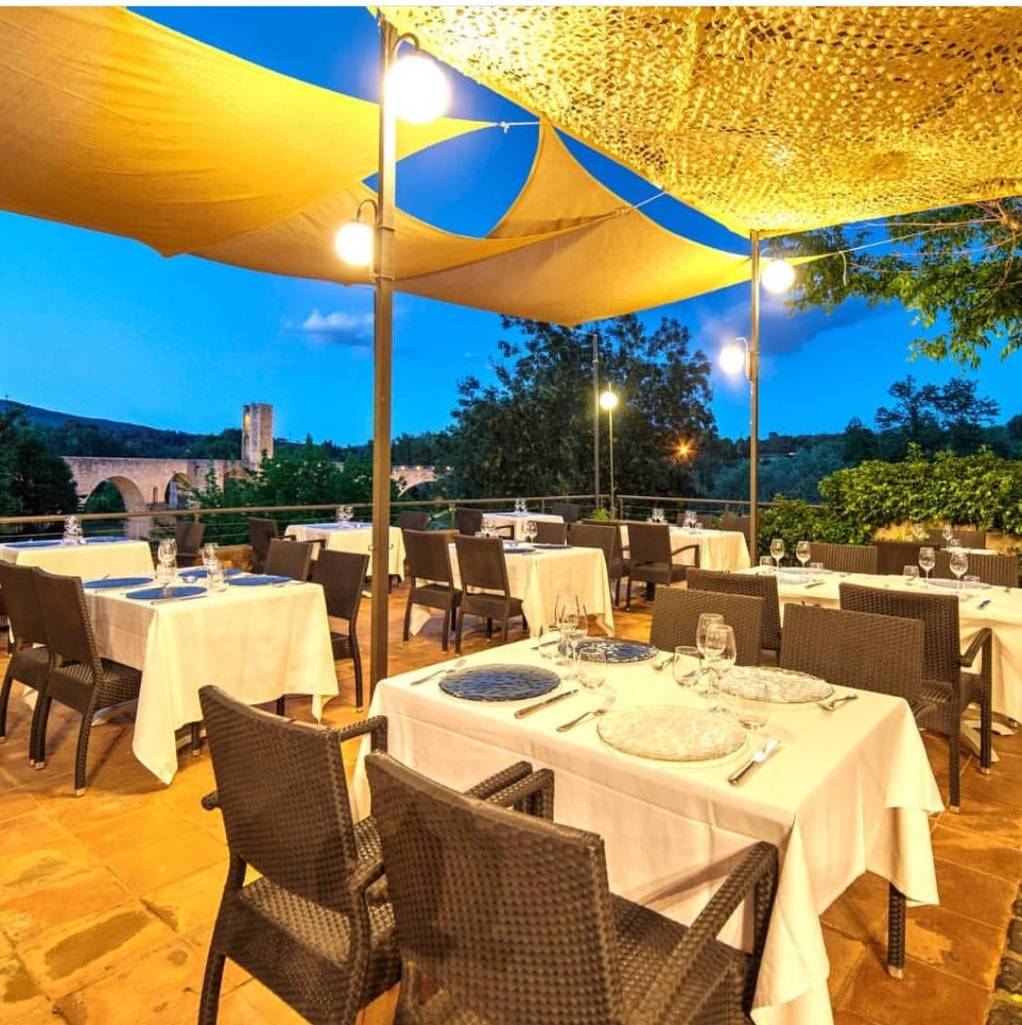 972590263
rcuriareial@gmail.com
Web oficial
Getting there

We are in a historic building is one of the most emblematic
civil architecture Besalú transition from Romanesque to Gothic Century
XIII-XIV, which for years was the headquarters vegueria.
Vegueria, formerly (veguers) is the territory over which he had
authority a judge.
Judge that either the Latin (Vicarius), who is representing a
higher authority, a royal official was assumed that s.XIII
Legal responsibilities and helped an representació.Era their
sotsveguers functions.
It was also Courthouse and Royal Court, and later the convent nuns
Heart of Mary.
The year 1977 was set as a restaurant, and despite renovations
that has been the subject has been carefully preserved.
The restaurant offers a Royal Curia cuisine with dishes that are
elaborate way home, with a marked creaticitat, enjoying the Kitchen
Volcanic products of the native land and with careful alaboració.
We satisfy your senses.